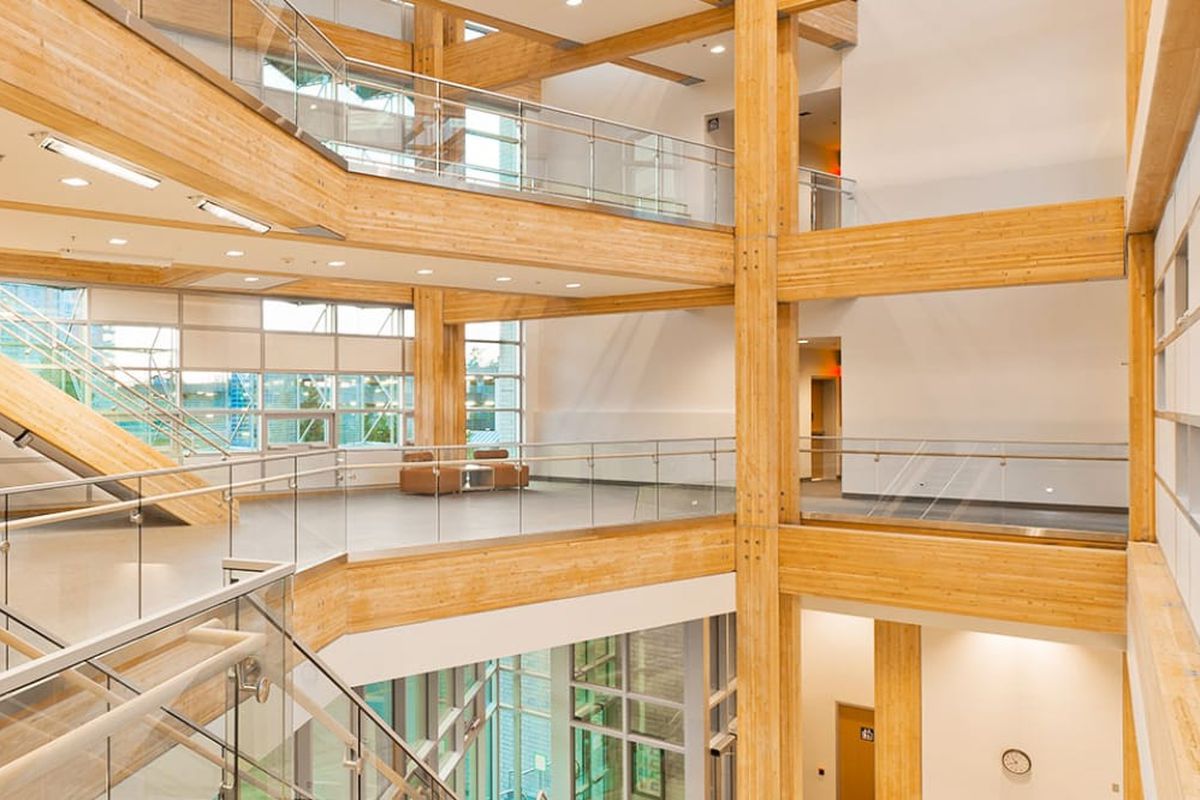 Across the US, a staple construction material for centuries may soon replace cement and steel as the building material of choice for commercial construction. To many both inside the industry and out, the first and most obvious question is, why? What was wrong with what we were using before?

Well, on the surface, nothing.

Cement and steel continue to remain a staple of the construction industry, particularly for large commercial construction projects, and projects that exceed a certain height. This ubiquity comes at a price though. On three fronts, cement and steel demand a particular understanding from all the stakeholders involved in a project. The client, when it comes to purchasing the material. It isn't cheap. The builder, when it comes to tight construction timelines since it requires time to install and is at the mercy of the weather. And, the community, when it comes to the environmental effects of creating both materials.

Can anything be done then? Surely in 2020, there is a better material available that fixes all the pitfalls that come part and parcel with cement and steel? Well, as it so happens, there is. And we've only been using it for as long as cement and steel have been around.

Engineered Wood to be precise, or as it's now more commonly known, cross-laminated timber (CLT) or mass timber. In simple terms, when you glue boards of wood in tight, perpendicular layers, you end up with a product that's incredibly tough and light.

So tough in fact that a recent strength test conducted by the University of Massachusetts found that a beam of mass timber was able to withstand 21 thousand pounds of pressure. That's the weight of six cars if you're wondering.

Unsurprisingly, the commercial wood framing applications of mass timber has got a lot of people very excited. Builders love the potential because not only is it far cheaper than either cement or steel, it’s easier to source locally as well. It’s also simpler & safer to move around the construction site and is ideally suited for mid-size construction projects. City planners believe it could possibly be a quick solution to affordable housing shortages. While architects love it because it's a material that is almost as strong as steel but has better insulating properties and is far lighter as well. Environmentalists are also keen on the idea as it eliminates a massive amount of greenhouse gas emissions that are typically created in the manufacture of both steel and cement.

The other advantages of using mass timber in both residential and commercial wood framing are:

Unsurprisingly, mass timber was formally incorporated into the International Building Code (IBC) in 2015. Its provisions govern building construction across the US, so it was a big win for mass timber advocates. More importantly, a new set of changes that would allow mass timber to be used on structures up to 18 stories tall was formally accepted and is expected to come into effect by 2021.

Is that it then?

Is this the end of steel, concrete and ‘normal’ timber forever? More importantly, will the stick framing methods we currently use in all the commercial wood framing projects we’re involved with have to change?

Apart from the fact that there are still massive industries dedicated to producing cement, steel and timber, the construction industry adapts to change slowly. If it ain’t broke, don’t fix it, right? This adage is the reason why nearly 90% of all residential homes built in the US every year are constructed with stick framing. It’s a simple construction method with a simple raw material that has been around long enough to be thoroughly understood by nearly every builder, carpenter, raw material supplier and sub-contractor in the industry.

It does have its flaws though. For example, with regular timber, if the wood accumulates moisture, it can shrink and warp. And, if the spaces between the frames are not insulated correctly, it’s not going to be really effective or efficient in keeping the cold out or the warmth in. These flaws are exactly what builders hope to solve using mass timber. Personally, we see mass timber as the future of the industry, but it’s going to take a lot of coordination among different industries to get the supply chain to a point that it is a commercially viable alternative to the methods used today. When it happens though, it’s going to revolutionize construction as we know it.

Note: Cover image credit - The Centre for Interactive Research on Sustainability, at the University of British Columbia | CRIS